Servant leadership in the security industry: The key to sustainable program success

In this blog, Rudy Diaz reflects on the importance of a servant leadership culture in a service-intensive industry like corporate security. Drawing on lessons learned during years in the U.S. Marine Corps and decades in the private sector, his message is clear: If you’re trying to right what’s wrong in an under-performing security program, it’s better to look to leadership for root causes instead of the staff who are making the mistakes. Cultivating a culture of servant leadership not only helps improve the quality of individual programs, but is the backbone of the security industry’s value add and a prerequisite of sustainable success.

I’ve been lucky to work with some amazing leaders throughout my career, and I’ve seen firsthand the difference that they make in defining the success of whatever endeavor they were asked to lead. These have been some very bright people who went on to achieve outstanding success in the military and corporate worlds. They share some traits that I believe are worth understanding and trying to emulate, even though you can’t copy-paste your way into being a great leader. They are as tough-minded as they are empathic, as demanding as they are caring. And they’ve all embodied the ideals of servant leadership.

Servant leadership – an old idea that is more relevant than ever

The concept of servant leadership isn’t new—far from it. Aspects of this approach to leadership have appeared in texts as old as the Tao Te Ching, and even in passages from the Bible. The name itself, however, was first used by Robert K. Greenleaf in his 1970 essay, “The Servant as Leader”. I won’t try to summarize Greenleaf’s entire essay (which you can read here, should you be interested), but at its core, servant leadership gravitates around three crucial concepts:

I was introduced to Greenleaf and his thoughts on leadership during my time at the Infantry Officer Course in the Marine Corps. I was in my early twenties then, but his philosophy immediately spoke to me, and I’ve kept it in mind ever since.

I think it’s easy to forget what the true responsibilities of great leaders are, and to simply focus on the most obvious part of their ability to lead—issue orders, make decisions, take charge. But that’s missing the forest for the trees. A leader has another crucial responsibility: to prepare their successors to take over the job if needed. They must educate and help those they lead become great leaders themselves.

Of course, the people who report to us need to be held accountable, but that comes with a caveat: you, as a leader, should only hold people accountable once you’ve confirmed and affirmed they’re ready to perform. If they’re not ready to do so, then leaders should be accountable for the situation. Yes, accountability and willingness to acknowledge our part in others’ failures—when it’s warranted—is another one of our responsibilities that’s too often forgotten.

To fix that, we need to spend a bit less time looking at what staff are doing wrong, and devote more time looking at how the people leading perform, and how they help their staff develop.  We need to be sure leaders get at least three things right:

I can’t overstate the importance of mentorship and being actively involved in helping people develop. I’ve seen too many organizations miss the big picture: they worry about the short-term costs of mentorship and ignore its long-term benefits.

Here’s a recent, real-world example. We were tasked with doing an security vulnerability assessment for a client in Mexico. Now, two people were technically enough to get the job done, but we made sure to send two others along—as part of their development. This pays back in several ways:

We need to do more of this in the security industry. Intense focus on costs often precludes this, but it is one of the things that distinguishes good companies from the others: they take responsibility to develop people—and develop leaders. It’s a differentiator. If people aren’t learning and working hard, it’s going to be a stagnant workplace, and the quality of the work itself will suffer. Where would you rather work? Who would you rather hire?

At the end of the day, we want our teams to be critical, confident, and lean. Get the job done, do it well, learn from mistakes, and be efficient. This doesn’t happen without good leadership, and I’d venture to say that in the security industry leadership matters even more than in other sectors. Let’s examine why.

Again, don’t miss out on the big picture. A “routine” assignment may seem routine to us, but never to our clients’ well-being. Don’t forget that we protect people, assets, intellectual property, and more. Let me make it even more clear: we save lives, resources and reputations. A quiet day may be quiet simply because we did a good job. All days are important.

I’d like to see the industry stop worrying so much about short-term costs, and instead focus on value. We need to play the long game here. To be fair, this may have been partly our fault as leaders: we haven’t been good enough at explaining why good people matter, and why developing them matters—and why it’s ultimately worth the effort. This puts even more pressure on security providers’ management to lead, and it’s high-time for us to do it.

Stagnancy and complacency are our enemies. It’s tempting to kick back and relax—I get it. But we can’t stop learning, pushing for excellence, and sharing our knowledge with others. And we if we stop growing, then we’ll find ourselves unable to serve our clients as best as we can. Solutions to today’s problems may work today, but what about tomorrow?

I had the good fortune to rise to CSO for some major companies. Funny thing is, the higher you rise in the ranks, the more bosses you get. Of course, the C-suite is the CSO’s boss, but here’s the kicker: everyone else, from regional security directors to account managers, site supervisors, and the newest security officer—yes, the one who just started yesterday—are also the boss. The client is the boss, too.

Servant leaders have a responsibility towards everyone. We don’t serve selectively, and we don’t lead that way either. Our duty is to everyone around us, so that they may develop and learn, to the benefit of all.

Another challenge today can be millennials. They “want to make an impact” from day one, otherwise they feel like they’re going nowhere.  Don’t overlook the value of this attitude. You’ve got people in front of you who want to make an impact: that’s a good thing. These are the employees we want, because they feel invested. And if your first thought is, they aren’t ready, then you need to realize that it’s your job as leader to give them the tools to do it and help them make a difference—because they will.

As mentioned, I had the great luck to learn from some amazing leaders in the Marines. I’d like to end this blog with a little anecdote that illustrates a lot of what we’re talking about here.

I was 22, at the Infantry Officer Course (IOC), doing weapons training and, to be honest, just having a blast shooting with some fun stuff. After a long day of shooting, we were suddenly told we had to pack up the gear, load it on our backs, and run nine miles back to base. Good times, right?

Now, this normally wouldn’t have been too much of a problem for me back then. I was in good shape. Problem was, I had the flu and was running a fever of 102. I’d been sick all day, but hey, how hard is it to shoot stuff?  So, I decided to suck it up and run back with everyone else.

I made it back, feeling pretty happy with myself, and then proceeded to collapse right after we were dismissed. Next time I opened my eyes, I was in the clinic with our major, the head of the Infantry Officer Course, standing right over me. “How ya doin’, son?”, he said, kindly. He knew my name, too—called me Rudy a few times.

I was still running a pretty mean fever, and it was obvious by then that I had one when I ran back, too. The major proceeded to chew me out for not being honest and transparent about how I was feeling. And then he gave me a lesson I’ll never forget.

He said, “Son, you don’t have to prove anything to anyone. We know you’re a hard-ass. We also know that you’re training to be an infantry officer, and that you’ll someday have men and women under you who will need to take a break. I want you to be able to recognize when you need to take a break, because I think that will help you help the people you’re serving with to make better decisions.”

So, here was this major—the head of the entire IOC—taking time out of his busy and stress-filled day not only to check in with me in the clinic, but to turn a dumb situation into a learning opportunity. He was doing it with a lot of empathy and grace, but with a clear goal in mind too. He was focused on his mission—developing leadership in officers—and he wanted to be sure not only that I was well, but that I was learning from what happened that day.

That major? He went on to be a general, and is now the White House Chief of Staff. His name is John F. Kelly. 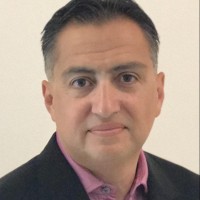 Mr. Diaz is Senior Vice President/Regional Director, Florida and Latin America. Prior to joining SOS Security, Mr. Diaz served as Head of Global Security for Global Foundries, a major semi-conductor enterprise operating across three continents. During his 25-year career he also held executive positions with Hewlett-Packard and Pinkerton Consulting and Investigations. Diaz served in the United States Marine Corp. He holds a B.A. in Criminology from Marquette University and is a member of the ASIS, Overseas Security Advisory Council, Domestic Security Alliance Council, Northern California Regional Intelligence Center, and the Counter Terrorism Forum sponsored by NYPD.